Because of Semiconductor Chip Shortage,GM extends production shutdown into April.

General Motors will keep two of its assembly plants shuttered until at least mid-April, another until the end of March and will idle a fourth, all due to a severe shortage of semiconductor chips used in various vehicle parts.

But the automaker is doing everything it can to protect the production of its full-size pickups and SUVs, which are its big profit makers.

Demand for semiconductor chips is up in part because of the coronavirus pandemic and increased demand for laptop computers and other personal electronics that use the chips. Cars also use them in a variety of parts and infotainment systems. In fact, one car part could use 500 to 1,500 chips depending on the complexity of the part, analysts said. 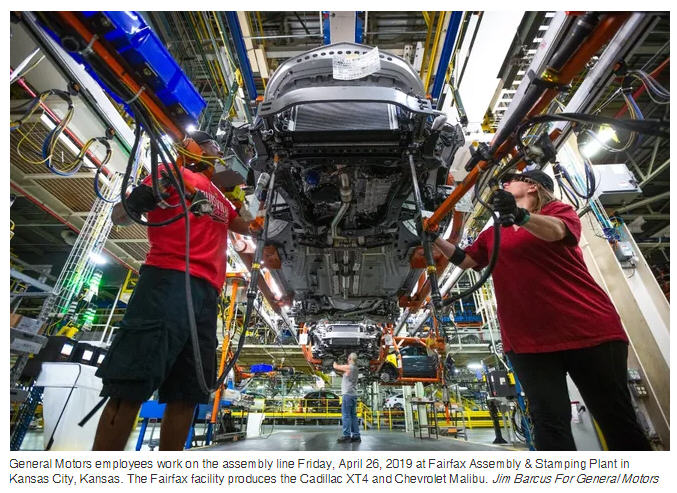 GM on Feb. 8 shut down production for both shifts — initially until mid-March — at the following plants:

On Wednesday, GM said production at Fairfax and CAMI will now be shuttered until mid-April. GM is extending downtime at San Luis Potosi through the end of March.

Additionally, GM’s Gravatai plant in Brazil will take downtime in April and May. The Gravatai factory, in Rio Grande do Sul, Brazil, builds the Chevrolet Onix, which is a top-selling car in South America.

"GM continues to leverage every available semiconductor to build and ship our most popular and in-demand products, including full-size trucks and SUVs for our customers," said David Barnas, GM spokesman. "GM has not taken downtime or reduced shifts at any of its truck plants due to the shortage."

Across town, Ford Motor Co. has had to either shut down or cancel shifts in January and February at a half-dozen of its North American plants, including its F-150 pickup plants because of parts shortages.

Stellantis, formerly Fiat Chrysler Automobiles, shuttered plants in Mexico and Canada, building the Jeep, Chrysler and Dodge vehicles, through the end of January. But most of its North American facilities ran normally in February except Windsor Assembly, which was down for three weeks. 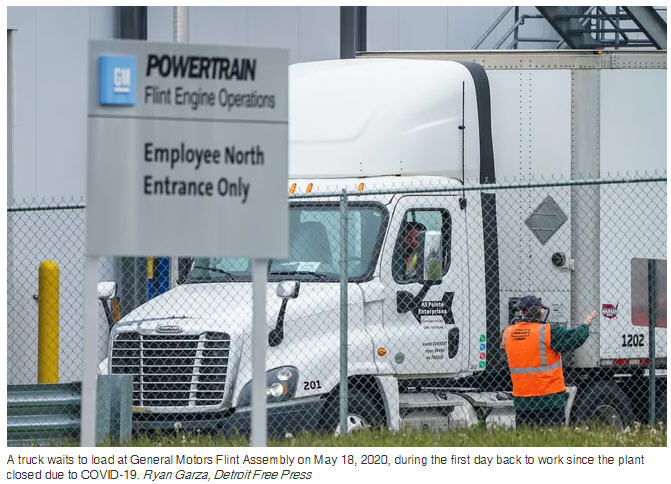 GM had to idle Wentzville, Arlington and Fort Wayne last month as severe winter storms ravaged the nation, disrupting production, including requiring GM to shut down a line at Flint early one weekend in connection to the weather disrupting some parts delivery, Barnas said.

Barnas said GM's supply-chain team is working closely with its suppliers to find solutions for the semiconductor requirements and to mitigate impacts on GM vehicle production. 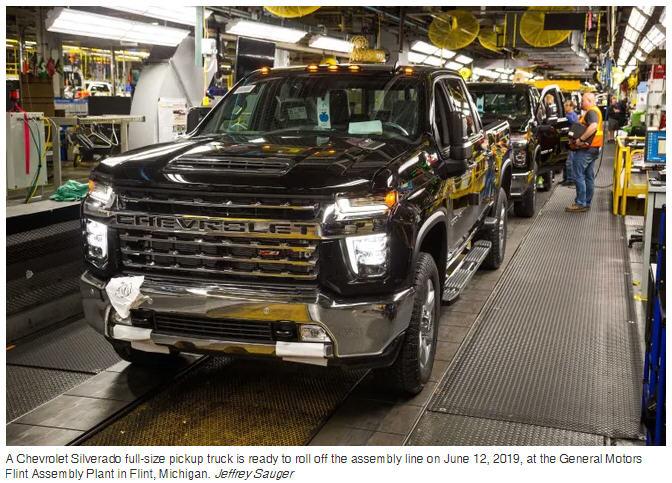 "Our intent is to make up as much production lost at these plants as possible," Barnas said. "We contemplated this downtime when we discussed our outlook for 2021 last month."

At that time, CEO Mary Barra said the chip shortfall would not impact pickup and full-size SUV production this year and GM's CFO reiterated that claim to Wall Street one week ago saying the worst of the chip shortage was behind GM.

Barra also said the chip shortfall will not derail GM from its development of electric vehicles and self-driving cars. The automaker predicts reporting $10 billion to $11 billion in profits for 2021, and that includes a $1.5 billion to $2 billion hit from the chip shortage.

The impact to GM production extends beyond just these four factories, though. For example, 170 hourly workers at Flint Engine Operations have been laid off since late February because its Small Gas Engines operation had to be idled due to the supply chain disruption at GM's other plants. A union leader at the Flint facility expects there could be more layoffs coming connected to the parts shortage.

Also, the engine plant at GM's Spring Hill Assembly complex cut a shift on one engine line because GM sends that engine to Fairfax, which remains down. 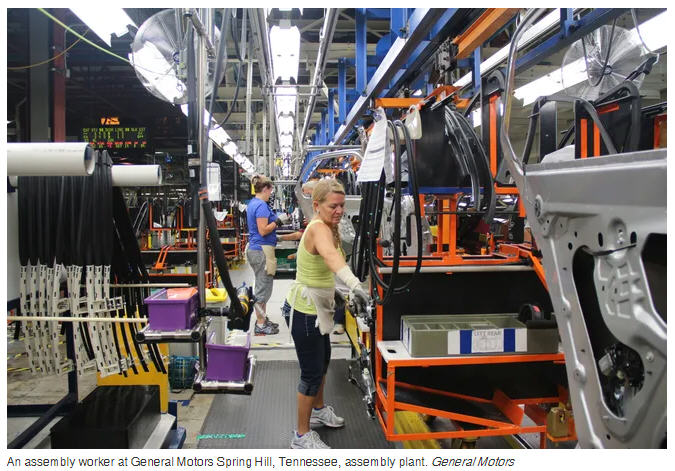 UAW-represented workers impacted by the plant shutdowns will continue to receive most of their pay. The union negotiated worker protection in the event of parts shortages interrupting production in its contract, said Brian Rothenberg, UAW spokesman. Union workers will receive supplemental pay and unemployment that pays 75% to 80% of salary and continued benefits.

The UAW is working with the Biden administration on developing proactive policies to strengthen domestic supply chains, Rothenberg said. On Feb. 24, President Joe Biden signed an executive order to help the auto industry by studying ways to improve the supply chain and mitigate the impact of the chips shortage. 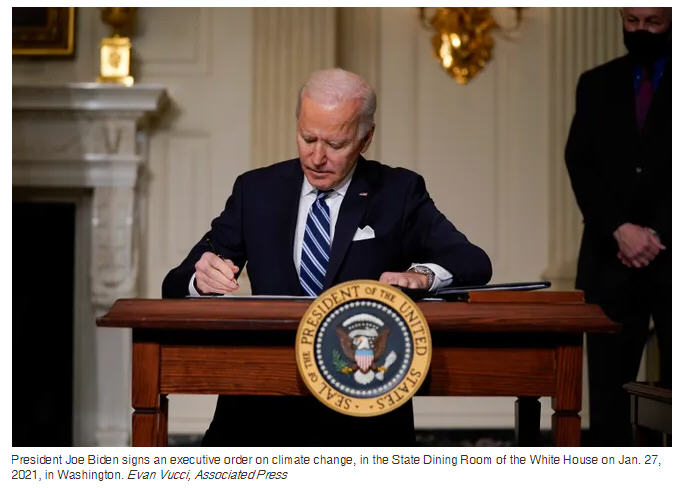 "The current semiconductor automotive chip shortage has disrupted production plans for automakers and hurt workers," Rothenberg said. "It is a stark reminder of why we must make critical manufacturing supplies that are needed for our economic well-being, health, and national security in the United States."

More:GM to idle 3 plants in North America due to semiconductor shortage

GM said union workers at Canada's CAMI, represented by Unifor, will be paid through the provisions of their labor agreements, noting that represented seniority employees will receive about 75% of their compensation through a combination of unemployment and supplemental benefits.