Skip to the end of the images gallery

Share to:
Skip to the beginning of the images gallery

Continulty Supply
Shipping
We cooperate with DHL,FEDEX,TNT,EMS China Post and Singapore Post for shipment and choose the most appropriate one for the destination .A shipping cost estimate is displayed during online checkout based on the country you provide.
I Got It
Payment
We  primarily use paypal to process secure online payments. Through PayPal, we accept MasterCard, VISA, American Express,Discover cards.We also accept payment by wire transfer and west union.
I Got It
Tax Information
ALL prices listed on buydisplay exclude taxes,import fees, and customs duties. Customers may be subject to these fees.
I Got It
Warranty
All products are covered under our limited warranty, which provides all products are free of functional defects for a period of one year after receipt of order and all products are free of visual defects and missing parts for a period of 7 days after receipt of order.If a product was damaged during shipping or the order is incorrect, please notify us within 3 days after receipt of order.
I Got It
Return Policy
Products under warranty can be returned for repair or replacement.Before returning a product, you must contact us for a Return Material Authorization (RMA).If you have a product out of warranty that you would like to repair, please also contact us.
I Got It
Continulty Supply
We promise the long terms continuity supply.Some controller IC or glass cell may stop the production by supplier,we'll try our efforts to find the compatible ones as replacement.
I Got It
Frequently Bought Together
Description
Specification
Reviews 17
Questions (0)
Quote Request
We Also Recommend
Description

※ Price Increase Notification
The TFT glass cell makers such as Tianma,Hanstar,BOE,Innolux has reduced or stopped the production of small and medium-sized tft glass cell from August-2020 due to the low profit and focus on the size of LCD TV,Tablet PC and Smart Phone .It results the glass cell price in the market is extremely high,and the same situation happens in IC industry.We deeply regret that rapidly rising costs for glass cell and controller IC necessitate our raising the price of tft display.We have made every attempt to avoid the increase, we could accept no profit from the beginning,but the price is going up frequently ,we're now losing a lot of money. We have no choice if we want to survive. There is no certain answer for when the price would go back to the normal.We guess it will take at least 6 months until these glass cell and semiconductor manufacturing companies recover the production schedule. (Mar-03-2021)

Spice up your Arduino project with a beautiful large touchscreen display shield with built in microSD card connection. This TFT display is big (5" diagonal) bright (18 white-LED backlight) and colorful 800x480 pixels with individual pixel control. As a bonus, this display has a capacitive touch panel attached on screen by default.

The shield is fully assembled, tested and ready to go. No wiring, no soldering! Simply plug it in and load up our library - you'll have it running in under 10 minutes! Works best with any classic Arduino Mega2560.
This display shield has a controller built into it with RAM buffering, so that almost no work is done by the microcontroller. You can connect more sensors, buttons and LEDs.

Of course, we wouldn't just leave you with a datasheet and a "good luck!" - we've written a full open source graphics library at the bottom of this page that can draw pixels, lines, rectangles, circles and text. We also have a touch screen library that detects x,y and z (pressure) and example code to demonstrate all of it. The code is written for Arduino but can be easily ported to your favorite microcontroller!

For people who want the same screen but not in a shield, check out our 5" TFT capacitive touch breakout.

What's included in the package ?

*The default power supply is 5V and the default interface is 4-wire serial interface.

If you've had a lot of Arduino DUEs go through your hands (or if you are just unlucky), chances are you’ve come across at least one that does not start-up properly.The symptom is simple: you power up the Arduino but it doesn’t appear to “boot”. Your code simply doesn't start running.You might have noticed that resetting the board (by pressing the reset button) causes the board to start-up normally.The fix is simple,here is the solution.

Datasheet and Schematic for Arduino Shield 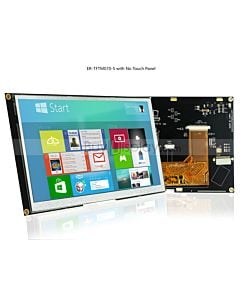 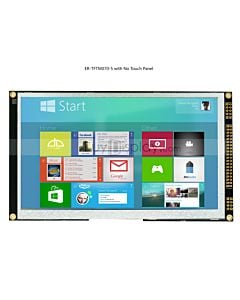 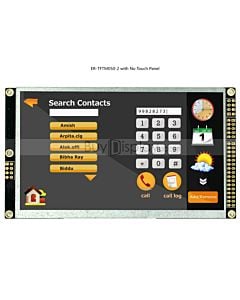 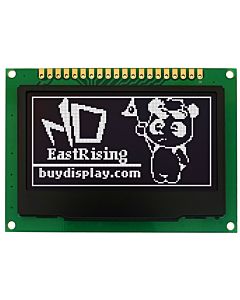 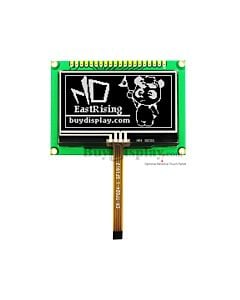 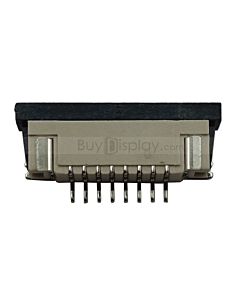 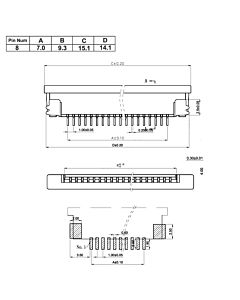 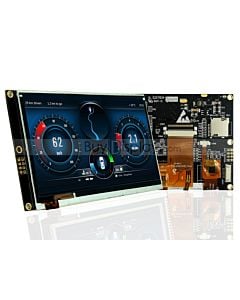 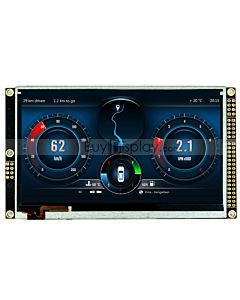 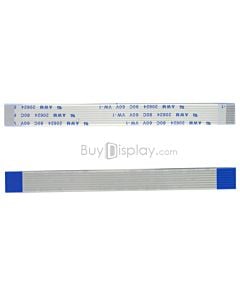 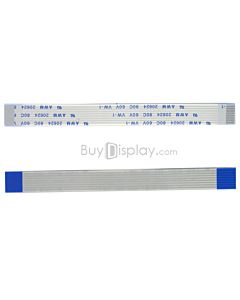 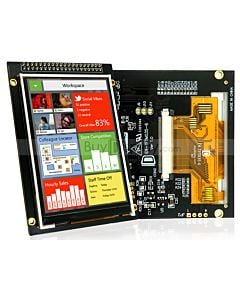 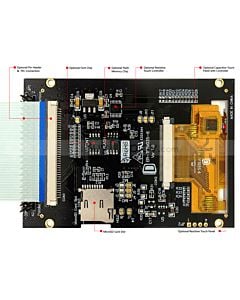 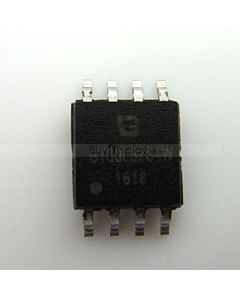 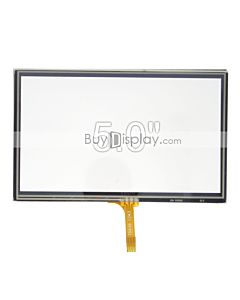 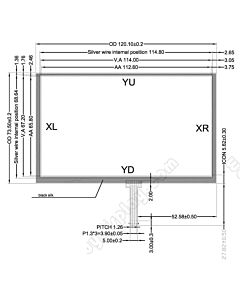 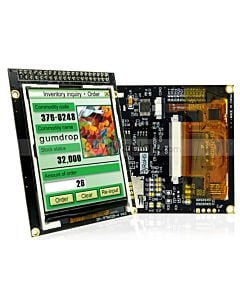 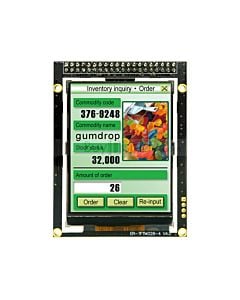 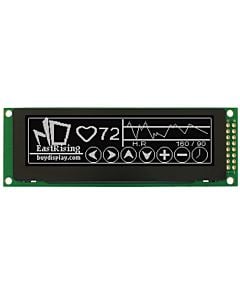 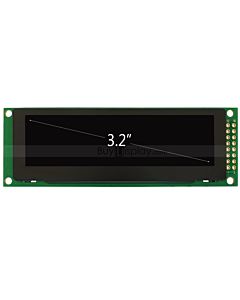 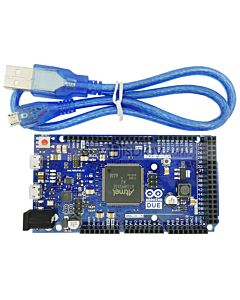 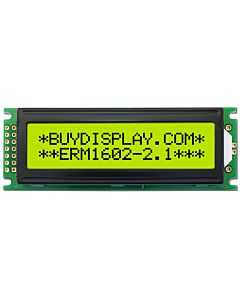 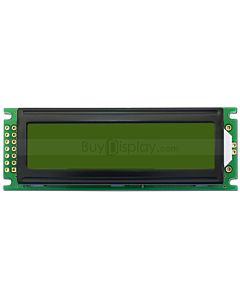 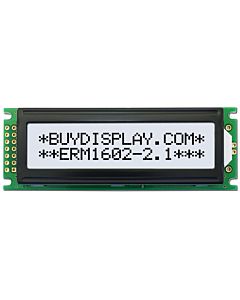 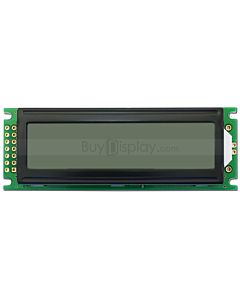 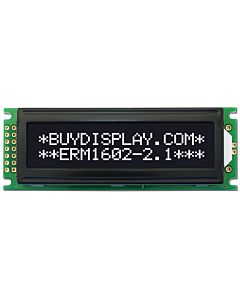 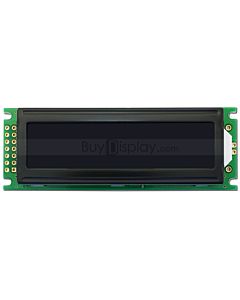